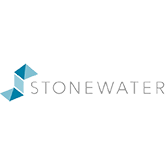 Stonewater Group was formed through the merger of Raglan and Jephson Housing Groups in 2015. The group now owns and manages over 33,000 homes across the midlands and south of England.

In 2017, Stonewater had completed the consolidation of both Raglan and Jephson onto a single information architecture. It was using the Documotive solution for both EDRMS and P2P and needed to replace these as they were both nearing end of life. Stonewater had developed a ‘Microsoft First’ policy and therefore decided to implement SharePoint to provide both EDRMS and P2P, the latter being the first time a P2P solution had been developed in SharePoint.

3C assisted Stonewater with the development of the specification and then the procurement of a SharePoint consultancy to build both systems. Charles Brooks acted as Programme Manager on these and other strategic IT projects. The successful supplier for the SharePoint work was Blacklight, a supplier that 3C has worked with previously on other projects. Charles was able to build on the relationship developed on previous projects to ensure that the solution design met Stonewater’s requirements and that the build progressed satisfactorily.

It is easy for SharePoint projects to be delayed through scope creep and delayed decision making. Charles ensured that the scope was properly defined initially, and that key decision-makers had sufficient warning when a decision was likely to be required. Weekly catch up meetings with the project sponsor and key stakeholders ensure that the senior management team were kept fully informed of all progress and any potential issues. Both systems went live on time and to budget.