There is currently a serious lack of provision and funding for supported housing services for those in need of it within the LGBTQ+ community.

There are nationwide calls for the understanding of the specific needs and possible disadvantages faced by some members of the community to be embedded into housing practices beyond the delivery of homes and tenures.

The resignations of three government LGBTQ+ advisors in early March has brought national attention to the absence of knowledge around the current needs of the community, as well as the lack of will to change things for the better.

In this hostile environment, organisations cannot rely on regulatory guidance to protect people and help them to thrive. As such, the sector must take actions into their own hands.

A third of LGBTQ+ social housing residents believed that their housing provider was not able to effectively deal with incidences of harassment. Stonewall’s Cake Bennet delved into this with a wealth of research and statistics back in February, building a picture of life in the UK for LGBTQ+ people.

Joint working between community organisations and housing providers is key to building better, more inclusive service provision. In aid of this, in 2020 Consortium released an LGBTQ+ housing manifesto in order to create a London-wide pathway to address the challenges faced, outlining what housing providers can do beyond regulatory compliance.

Starting with good internal practices means that allocated individuals within an organisation can guide future actions and campaigns, as well as flag up any missteps that could occur.

In what is a shameful statistic, prior to a repairs operative turning up at a house, one in five gay men living in social housing have moved items (photos, books etc.) to hide their sexual orientation.

In order to build communities where everyone’s lives feel validated, housing providers can undertake training for all staff and partnering operatives with accreditation to help ease fears of discrimination on the basis on sexual orientation and gender identity.

As a tool for empowering residents and organisational accountability, the HouseProud Pledge scheme is gaining traction within the sector.

Its three leading factors are:

·      That at an executive and strategic level, LGBTQ+ residents can contribute input

Within the sector, there can be no understanding of the effectiveness of such training and organisational change without collecting baseline data on the diversity of staff and residents from which to benchmark improvements.

For the time being, there are no official estimates on the proportion of social housing residents who identify as LGBTQ+. However, research from The Human City institute found that 4-6% of heads of households living in social homes identified as LGBTQ+ and 2.4% of board members identified as LGBT (2019).

The 2021 census is set to deliver a far more detailed picture of the spectrum of sexual orientation and gender identity in the UK.

For housing providers, including questions around gender identity and sexual orientation within their resident engagement could deliver better insights on how to adjust and build housing options services for future provision.

from L&Q Group of the establishment of their first resident run co-housing scheme for older LGBTQ+ people. The scheme aims to provide spaces for those who want to continue living ‘out’ in mainstream provision after having fought hard to live their lives truthfully.

Research by Tonic Housing found that 56% of those asked wanted to retire into LGBTQ+ provision and 23% would feel satisfied with care homes that have community accreditation marking it a safe space.

Recommendations made by Stonewall Housing in their 2018 ‘Homes and Community’ report encourage publicised solidarity and support that signal an organisation as ‘safe’ to deal with.

“Even just seeing the acronym LGBT somewhere in a building can make a huge difference for people” Carin Tunåker, Porchlight

In the future, specialised services may become obsolete as societies become more tolerant; we can hope for a future where immutable tenets of our identities do not shape outcomes across health, wealth and opportunities. It is a future that is being imagined.

The Future Laboratory have predicted the ‘end of gender’, citing shifts in generational outlook as a primary driver. This vision pushes for a post-pandemic world where ‘getting back to normal’ is refuted – normal was not working anyway.

Instead, radically rethinking how to deliver services with inclusivity and mutual growth at its core can become a driver for building back better.

More than two-thirds of firms still do not have a data strategy in place and a third have no dedicated budget to improve their data, according to a major new survey commissioned by Cognopia.

A new report published by the Scottish Federation of Housing Associations (SFHA) has found that 55% of housing association and co-operative senior leaders would rate their staff’s digital skill levels as ‘excellent’ or ‘high’.

Crises can often be the catalysts for change – the last year has upended how we work as individuals, teams and organisations. Covid has forced change and highlighted the need for greater agility to be able to tackle future challenges and remain relevant and competitive. What is sure is that there is more change to come, and agility is something that can help people and organisations be more prepared for what is around the corner and to prosper.

The Regulator of Social Housing’s (RSH) new corporate plan sets out how it will approach its work between 2021 and 2024. Its strategic objectives include implementing policies in the Social Housing White Paper.

There is currently a serious lack of provision and funding for supported housing services for those in need of it within the LGBTQ+ community. There are nationwide calls for the understanding of the specific needs and possible disadvantages faced by some members of the community to be embedded into housing practices beyond the delivery of homes and tenures.

Data and analytics, the fuel for data-driven decision-making, are the most important assets organisations possess. Delivering the keynote address of the Gartner Data & Analytics Summit, a virtual conference hosted by the advisory firm, Gareth Herschel, research vice president at Gartner, said organisations need to prioritise data-driven decision-making to be successful.

The Government has unveiled several new housing related bills in the Queen’s Speech. Read the key points from the latest speech. 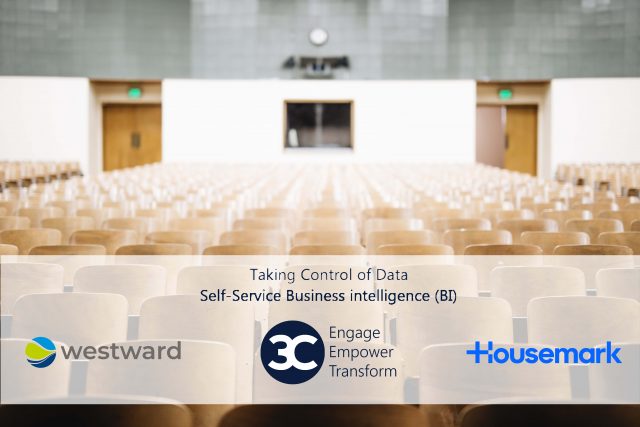 This session delved into the idea that data management is undergoing a revolution in the social housing sector, the video will provide valuable guidance and support the business case for 'growing-your-own' BI capability. With insights from both HouseMark and Westward Housing.