The Government has unveiled several new housing related bills in the Queen’s Speech.

In the speech, the Queen said: “My Government will help more people to own their own home whilst enhancing the rights of those who rent. Laws to modernise the planning system, so that more homes can be built, will be brought forward, along with measures to end the practice of ground rents for new leasehold properties [Planning Bill, Leasehold Reform (Ground Rent) Bill].

“My Ministers will establish in law a new Building Safety Regulator to ensure that the tragedies of the past are never repeated [Building Safety Bill].”

However, what wasn’t forthcoming in the initial speech was a commitment to bringing forward the legislative aspects of the Social Housing White Paper, as called for by Grenfell United.

In the supplementary detail, the government sets out what they hope to achieve from the housing announcements:

·      The Building Safety Bill will “strengthen the regulatory system for building safety”, changing the industry culture and “introducing rigorous safety standards for construction products and a clearer path to redress for homeowners.”

The Planning Bill comes after the Planning White Paper released last year, which was criticised for removing Section 106 agreements, replacing it instead with an infrastructure levy.

The Housing, Communities and Local Government Committee have sought views from the sector on the future of the planning system, so government can expect a large amount of pre-legislative scrutiny.

In the Queen’s Speech document, government sets out some further details on the Planning Bill.

It says the Bill will “create a simpler, faster and more modern planning system to replace the current one that dates back to 1947, and ensuring we no longer remain tied to procedures designed for the last century”.

It sets out that the main elements of the Bill will be:

·      Changing local plans so that they provide more certainty over the type, scale and design of development permitted on different categories of land.

·      Significantly decrease the time it takes for developments to go through the planning system.

·      Replacing the existing systems for funding affordable housing and infrastructure from development with a new more predictable and more transparent levy.

·      Using post-Brexit freedoms to simplify and enhance the framework for environmental assessments for developments.

·      Reforming the framework for locally led development corporations to ensure local areas have access to appropriate delivery vehicles to support growth and regeneration.

The Housing, Communities and Local Government Committee also said the draft bill “must improve on the detail” if it is to be successful.

·      Establishing the Building Safety Regulator and updating existing building safety regulation, including a new stringent regime for buildings 18 metres or more, or 7 storeys or more, and introducing a system of Accountable Persons and Duty holders – who will be responsible for making and keeping a building safe.

·      Establishing a new framework to provide national oversight of construction products, and strengthening the powers of the Office for Product Safety and Standards in this area.

·      Establishing a new homes ombudsman and simplifying the process to log complaints to the Housing Ombudsman for social housing tenants.

·      Making provisions to support the removal of unsafe cladding, including through a financing scheme to pay for costs and a levy to ensure the development industry pays its fair share of the costs of remediating unsafe cladding.

And the removal of ground rents will be welcomed by many, with the government hoping this Bill will help in:

·      Enforcing the charging of a prohibited ground rent by way of a civil penalty regime, including fines of up to £5,000 for freeholders that charge ground rent in contravention of the Bill.

·      Ensuring that there can be no financial demand for ground rent for all future qualifying leases so that future leaseholders do not face unfair terms or significant ground rent liabilities.

This comes after campaigning from Law Society and others, including the government itself asking the Competition and Markets Authority to look into the issues.

Responding, Kate Henderson, Chief Executive of the National Housing Federation, says: “It’s good to see this government put housing high up the political agenda for the next parliament.

“The government is providing welcome clarity on how to make homes safer in the long term and consulting on how to provide more protection for private renters. We look forward to working with the government to ensure social housing residents are always listened to, but hope to see full legislation on the Social Housing White Paper proposals as soon as possible.

“However, there has been no new update today on who will pay for all immediate building safety works, such as replacing cladding, in social housing.

“Charitable housing associations are diverting billions of pounds away from improving existing social homes and have been forced to cancel the building of thousands of new ones to cover these costs. Meanwhile, homeowners are left picking up huge bills.

“The government’s Planning Bill, whilst aiming to make it easier to get more homes approved quickly, scraps the policy which is the single biggest contributor to building new affordable homes.

“Housing associations want to invest more in their existing homes and they want to build more new social housing for the millions of people who desperately need it. We know the government shares these ambitions and we want to work with them to ensure their policies will make these ambitions a reality.”

Julie Hirigoyen, Chief Executive at UKGBC said: “A key test of the Government’s commitment to a green recovery will be whether the new Planning Bill really delivers the better designed and environmentally friendly communities that the Queen’s Speech promises.

“Any changes under the new planning system must support the delivery of net zero places and nature’s recovery, and not simply remove perceived red tape to speed up the delivery of development.”

Brian Berry, Chief Executive at Federation of Master Builders, added: “We won’t build the homes we need if we fail to diversify the housing market and reverse the decline of SME house builders, who built 40% of all new homes in the 1980s but only build 12% today.

“So the Government’s commitment to an updated planning system through the Planning Bill is good news. While greater flexibility, simplicity, and responsiveness are needed to tackle the barriers that 48% of small builders face with the planning system, we must not compromise the quality of the homes we build.

“New measures that make the planning system quicker and more affordable are welcome, but it is vital that high standards in design and build are not affected as a result, and that any overhaul doesn’t in fact add further delays.”

PlaceShapers responded: “After a year that has shone a spotlight on the devastating impact of inequalities, levelling up gives us the best chance of a fairer future.

“Through our close community roots, we will be a partner in building more homes that respond to local needs and build communities.  Home ownership is very much part of our offer but can never be at the expense of homes for affordable rent. For the millions for whom ownership will never be a possibility, these homes are their foundation for a levelled up nation.

“We are absolutely committed to the safety of residents and will work with the new building safety regulator to ensure all lessons from the past are learned and never forgotten.

“We’ll use our track record of delivering social infrastructure that tackles the root causes of unemployment and underemployment to help more people rebuild their lives through training, jobs and skills.

“Overarching this is the overall commitment to the UK achieving net zero greenhouse gas emissions by 2050. We will play a unique role through the homes we build and bringing residents with us on that journey.”

Should you want to discuss any points in this article and/or see how 3C can empower, engage or transform your organisation, please don’t hesitate to contact us on 0333 900 3003 or email info@3cconsultants.co.uk 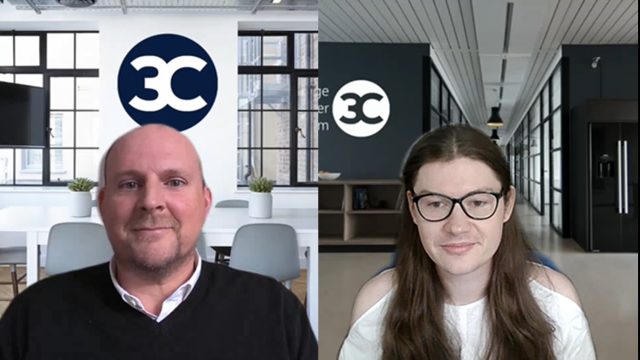